The pursuit of perfection in our decisions adds unnecessary pressure and often leads to “analytic paralysis.” Nobody likes being wrong, but we have to shake our fear and accept that decision-making involves taking risks: sometimes we will do it well, other times we will not do it. Errors are part of learning.

“I have failed again and again in my life. And that’s why I’m successful, “said Michael Jordan, arguably the best basketball player of all time.

We see things as we would like them to be, confusing wishful thinking and reality. For example, 75% of drivers think they are above average behind the wheel, which is statistically impractical.

A good way to avoid this predisposition is to distinguish facts (objectives) from (subjective) opinions.

Blindness to the Facts

The way a situation is presented to us and how we present it to ourselves affects our final decisions. For example, when some cancer patients were informed that the one-year survival rate after surgery was 68% , a significant percentage opted for this operation. Meanwhile, when other people learned that 32% of patients die within one year of the operation, no one chose to undergo it. The same information was given but presented differently.

To avoid falling into blindness, it is important to look for alternatives and consider them from different angles. Finally, wait a bit before making the decision.

Going with the Flow

There is something worse than being wrong: being the only one wrong. Doing everything others do is easier and, more importantly, can save us from embarrassment. Hence our tendency to follow the flock, even if it is heading for a precipice.

We saw it with the dot-com bubble, for example. Everyone wanted to invest in technology companies when the bubble was rising, even though most investors knew little about it.

The problem with imitating (and not thinking before deciding) is that we eliminate the possibility of finding wiser alternatives than what is fashionable.

Before deciding hastily, we should consider whether a decision is urgent. We tend to rush into activities, barring things off our list to feel fulfilled. But all we do in a hurry is to take unnecessary risks.

For example, the Chernobyl disaster was caused by an unnecessary test that simulated a power failure in the nuclear power plant. Going through the motions for safety testing, the result was what they were trying to avoid: the reactor exploded. There was no urgent need to run this test, but it happened anyway, risking far too much.

Intuition can be an asset, but it leads to mistakes when we allow it to override analytical thinking. What’s more, testing our intuitions with inexpensive experiences is important.

The authors propose Samsung President Lee Kun-hee as an example of caution. In the 1990s, he decided to start manufacturing cars because he “felt” that the market would take off in Asia. The project resulted in a loss of $ 2 billion and 50,000 layoffs.

It is difficult for us to change a prior decision, even if maintaining the status quo is ineffective or harmful.

The year 2003 saw the withdrawal of the Concorde, a supersonic jet that has never been profitable. But it took a fatal accident, with more than 100 deaths, to remove it permanently. Economically, the right decision should have been made long before, but it meant acknowledging a failure. And no one likes to do that.

Sometimes we do not consider the consequences of a decision. Or we consider only the most direct and immediate effects, ignoring the side effects. And this can cause even bigger problems than those we were trying to solve in the first place.

That’s what happened to the Titanic officials, who wanted to arrive at their destination 24 hours earlier than planned to calm critics who claimed that their big ship would be slow. They ignored warnings about icebergs, warnings that should have slowed them down for safety reasons.

We often think that collective decisions are more effective, but that’s not always true. Achieving consensus also has its drawbacks: it can take longer, accountability tends to be diluted, and people can not say what they think because of peer pressure or the desire to be accepted.

This may have happened with the Kennedy Bay invasion of the Bay of Pigs. What was supposed to be a surprise attack on Cuba turned out to be an open secret? Since no one wanted to be a “dissident,” no one dared to question the orders, even though the most reasonable thing would have been to interrupt the mission.

To avoid such a situation, do not forget to consult people who have different opinions and are willing to question your arguments.

The decision-making procedure does not end with the decision: the implementation and monitoring of it are also essential. However, some solutions are not put into practice because of our limitations (e.g., lack of will, commitment, or time) or external factors (e.g., lack of authority or support).

For example, a multinational has decided to open a head office for southern Europe. But the idea was finally abandoned to avoid upsetting the CEOs of the three potential host countries, which ultimately caused damage to the entire company.

Considering the implementation of a decision is essential. And that means evaluating our own ability to engage in a particular approach and accepting that others have their interests and needs. 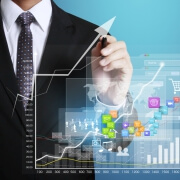 Protecting Your Personal Finances From Your Business 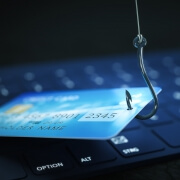 9 Ways to Protect Yourself Against Credit Card Fraud

6 Things Hiring a Tax Accountant Can Do For Your Business 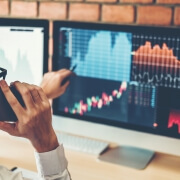 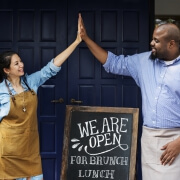 7 Ways to Make Your Restaurant a Success 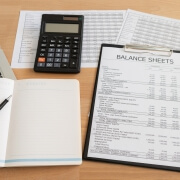 Small Business Accounting 101: Steps To Get Your Start-up on Track 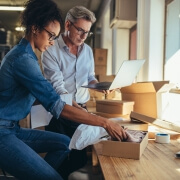 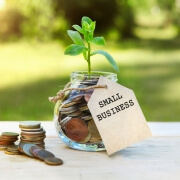 4 Types of Financing You Can Obtain for Your Small Business
What Is Micro-Investing and Should You Do It?

The Pros and Cons of a Reverse Mortgage
Scroll to top