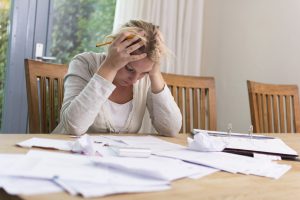 In this era, finances matter. Strong financial capabilities allow stability and growth. However, Americans are under financial stress now, more than ever. Due to financial woes, stress rates have never been higher than in the last five years. There are several contributing factors that are causing distress among many Americans. According to a survey conducted where thousands of people from all fifty states were asked to select from a list, what was the No.1 reason for their financial stress? The most commonly occurring answer was paying off their debt. The other reasons chosen from the list included:

The sequence of the above list is according to the frequency of answers received from people. It shows that people have the most concerns about paying off their debt. After that comes retiring issues and, then, tension about not having enough money if an emergency arises. However, the lead cause of worry and financial stress was being able to clear off debt in the shape of credit cards.

Being able to face such worries and fears in the shape of planning is the best way to handle it. Running away from fears rather than addressing them will only worsen anyone’s situation even more. Being able to take actionable steps to correct any issues and to plan with a strategy is the best course of action that can be taken to decrease someone’s stress about money. Almost all states could report the following reasons for their woes and the ever-present motives for their increasing financial stress.

Not surprisingly, paying off debt is the most common reason for stress. With the most debt balance per capita, California is most burdened with mortgage debt, with student and auto loans being close seconds.

Texas has a smaller debt balance per capita but, still, the main stress agent here is paying off debts as well. Debt has decreased in this area but that doesn’t mean it’s any easier if you move to Texas.

On the national scale, Florida has a relatively smaller debt balance per capita than others. However, their higher credit card usage and loan debt doesn’t make life free of financial stress in this sunny state.

Don’t be surprised if New York doesn’t host the highest total debt balance per capita. Most of the debt incurred in the Big Apple is the result of personal choices and running behind on payments that are due. This makes it the highest percentage of balance, which makes things much more difficult to straighten.

Compared to the national average, Illinois is on about at the same level, standing at $45,010 debt balance per capita. But, at the same time, student loan levels are much heavier with a slightly higher debt on credit cards.

Student loans lead to a lot of financial stress. However, a lower debt balance per capita is true for Pennsylvania which is about the same for Ohio, below. Student loan exemptions are permitted for certain fields of work such as public service jobs, where students joining public service employment can qualify for loan forgiveness programs if they are burdened with federal student loans.

The total debt here as compared to the national average is lower. But, with student loans rampant use, it has the highest per capita of student loan-based debt. For relief here, several pay-off methods can be taken. One method is refinancing your loans at a lower interest rate and another is income-based repayment plans to undo some financial stress.

Credit card debt is the number one worry in North Carolina. Due to lower income than the national level, the debt per capita difference is in the hundreds of thousands. Significantly at par with per capita debt, North Carolina residents have been seen to have some trouble in paying off debt.

In Michigan, paying off debt is similarly the most commonly occurring reasons for distress, in terms of finances. The average credit card debt is lower here ,as is the hours of work available, which is needed to pay off mortgage loans.

For many people in New Jersey, retiring broke is the main cause of financial stress. However, New Jersey is regarded as one of the best states for retiring with riches. Medicare and social security benefits contribute highly to the good life after retirement.

Paying off debt in Virginia is the main source of distress, also. Virginia has the third highest debt, in terms of credit cards, in the nation.

Higher than most states, Washington resident’s reason for distress is paying off debt. Its average credit card debt is higher than many states. Mortgage laws and regulations weigh heavily on locals and they have to work more hours than others in order to pay for their monthly mortgage plans. 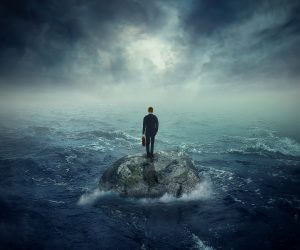 It can be hard to retreat from the everyday routine of maintaining a business under strain, to meet the weekly or monthly payrolls or pay banks and suppliers. Although it is difficult, it is certainly not impossible, particularly when SMEs focus on their efforts strategically.

The most glaring issues that have been observed in the course of the last 20 years include:

1. Inability to either recognize competitive advantage or adjust the required strategy

It’s basic to continually review your methodology consistently to assess changing economic situations and client requests. Furthermore, it is also crucial that the nature of competitive advantage is recognized as to whether it is resource-based or positioning-based. Until this is recognized, the required strategy cannot be adjusted accordingly. This is one area where bookkeeping can reveal where the competitive advantage of business lies.

2. Coming up short on liquidity

Liquidity is a constant danger to any SME. It is imperative to never risk more than you can bear to lose. Working capital management is a consistent test for SMEs. Maintaining ideal or effective levels of liquidity is also crucial to efficient bookkeeping.

Enlisting ideal individuals is never simple for SMEs, albeit, numerous SMEs simply don’t put enough exertion into this aspect of the business. Walt Disney expressed “You can dream, make, plan and fabricate the most awesome place on the planet. But, it requires individuals to make the fantasy a reality.” Similarly, the aspect of bookkeeping is taken lightly by SMEs. It is of paramount importance that individuals charged with preparation of financial statements and finance management be exceedingly talented. Otherwise, it is likely for SMEs to lose more than what they gain.

Systemizing bookkeeping is essential to keep the business lean and proficient, so as to maintain a strategic superiority from the competitors. It gives a better insight into decision making.

Numerous SMEs are not successful in getting their message out there. SMEs are like hidden treasures if they cannot be accessed by their potential customers.

6. Not being a step ahead of the competitors

There can be a clear absence of comprehension of the significance of continuous instruction, preparing, training and coaching. Organizations need to continue rethinking themselves to some extent; today’s news is tomorrow’s waste paper.

7. Having an inaccurate pricing model

Not charging enough for your service or product is a typical issue with numerous SMEs as they underestimate their own particular worth. This is the place you require great bookkeepers and consultants to give expert insight and support.

Thoughts are simple, implementation is hard. You must inquire as to whether you are building a business to make value or simply searching for an occupation.

SMEs and privately-owned companies have heaps of opportunities to respond rapidly and offer individualized services. Extensive organizations have a tendency to be moderate and bulky, winding up exceptionally systemized and set in their ways. That is one reason why you see expansive corporations purchasing littler organizations to develop and remain in front of the market. Jack Welch, ex CEO of General Electric, was quick to depict his huge company as several little independent groups. He was a major backer of little, adaptable, and individual businesses.

It is important to take some time out of the everyday running of your business. Audit your methodology to assess changing economic situations, go up against the distinguished difficulties head-on and grasp the open opportunities that come in your direction. Doing such will help set your SME up for development and success.